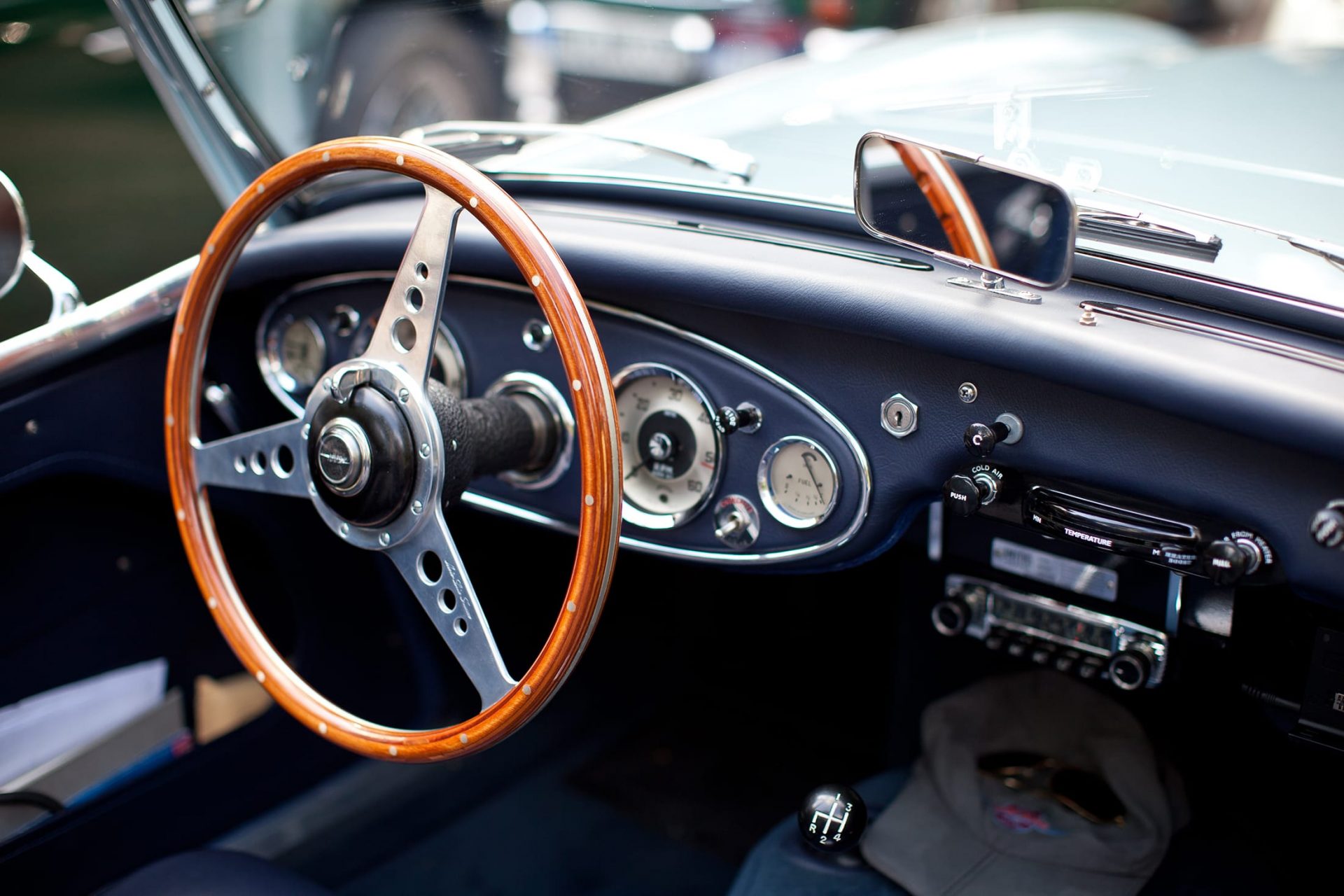 Back to Air Conditioning 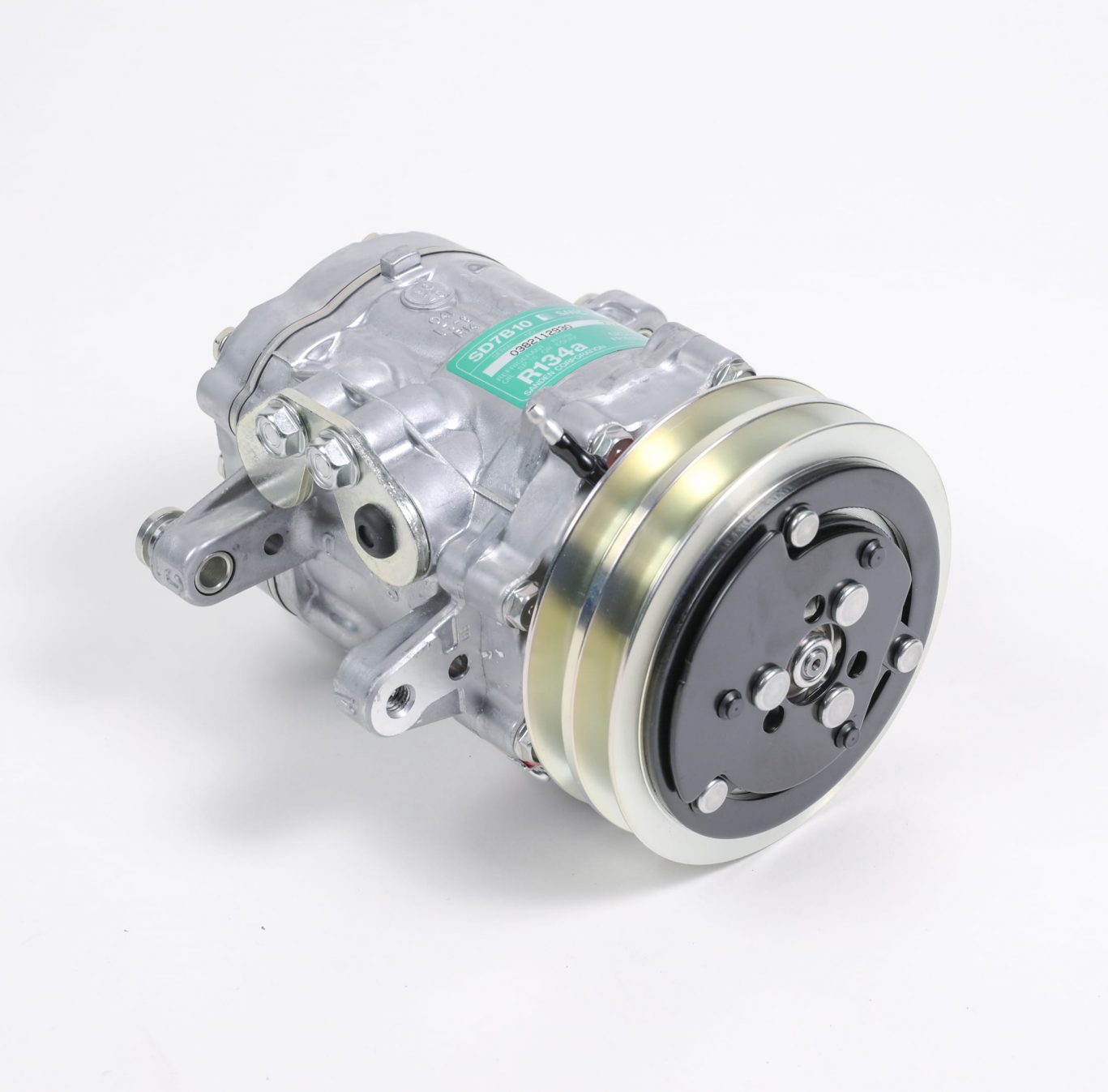 Our bespoke system for the Austin Healey 3000 is designed specifically to combat the frequent issue of interior heat from the engine bay. Even in a convertible car it is often an advantage to be able to blow cold air at the driver and passenger on really hot days. Developed and tested over 2 years, this system has been used with great effect across Europe, where customers had reported that driving the Healey with the hood up (to avoid sunburn!) in warm conditions was almost unbearable due to heat soak from the engine bay and transmission tunnel.

The design replaces the original heater with a combined evaporator demister system with no impact on interior space. The engine driven compressor and condenser are fitted in front of the radiator and feed refrigerant to the combined evaporator and demister unit behind the dashboard. Additional air outlet vents are added to the centre console which, apart from the switches, are the only visible signs of the installation within the car.

More Parts for your

Menu
We use cookies on our website to give you the most relevant experience by remembering your preferences and repeat visits. By clicking “Accept All”, you consent to the use of ALL the cookies. However, you may visit "Cookie Settings" to provide a controlled consent.
Cookie SettingsAccept All
Manage consent

This website uses cookies to improve your experience while you navigate through the website. Out of these, the cookies that are categorized as necessary are stored on your browser as they are essential for the working of basic functionalities of the website. We also use third-party cookies that help us analyze and understand how you use this website. These cookies will be stored in your browser only with your consent. You also have the option to opt-out of these cookies. But opting out of some of these cookies may affect your browsing experience.
Necessary Always Enabled
Necessary cookies are absolutely essential for the website to function properly. These cookies ensure basic functionalities and security features of the website, anonymously.
Functional
Functional cookies help to perform certain functionalities like sharing the content of the website on social media platforms, collect feedbacks, and other third-party features.
Performance
Performance cookies are used to understand and analyze the key performance indexes of the website which helps in delivering a better user experience for the visitors.
Analytics
Analytical cookies are used to understand how visitors interact with the website. These cookies help provide information on metrics the number of visitors, bounce rate, traffic source, etc.
Advertisement
Advertisement cookies are used to provide visitors with relevant ads and marketing campaigns. These cookies track visitors across websites and collect information to provide customized ads.
Others
Other uncategorized cookies are those that are being analyzed and have not been classified into a category as yet.
SAVE & ACCEPT