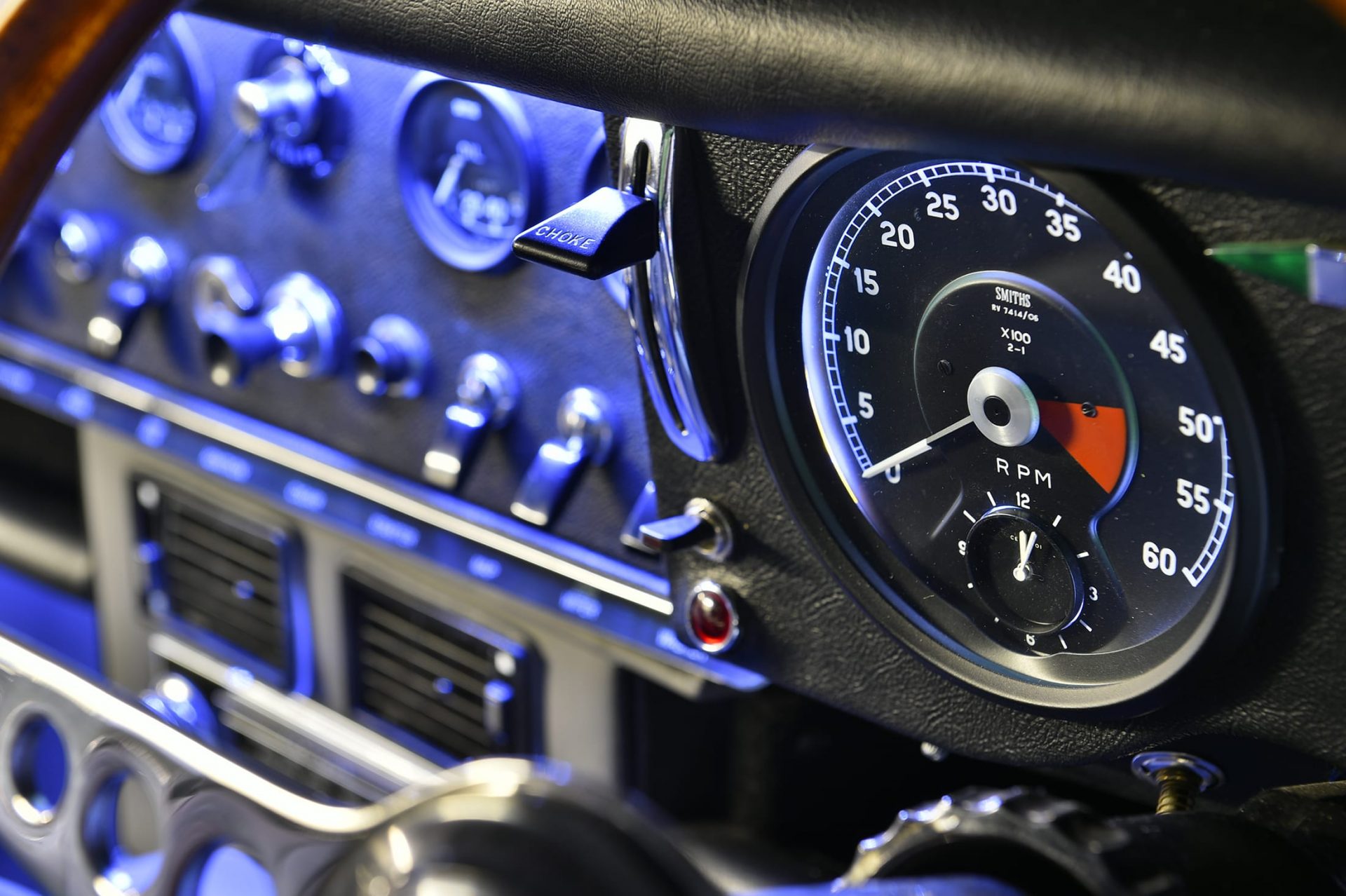 Back to Parts & Upgrades 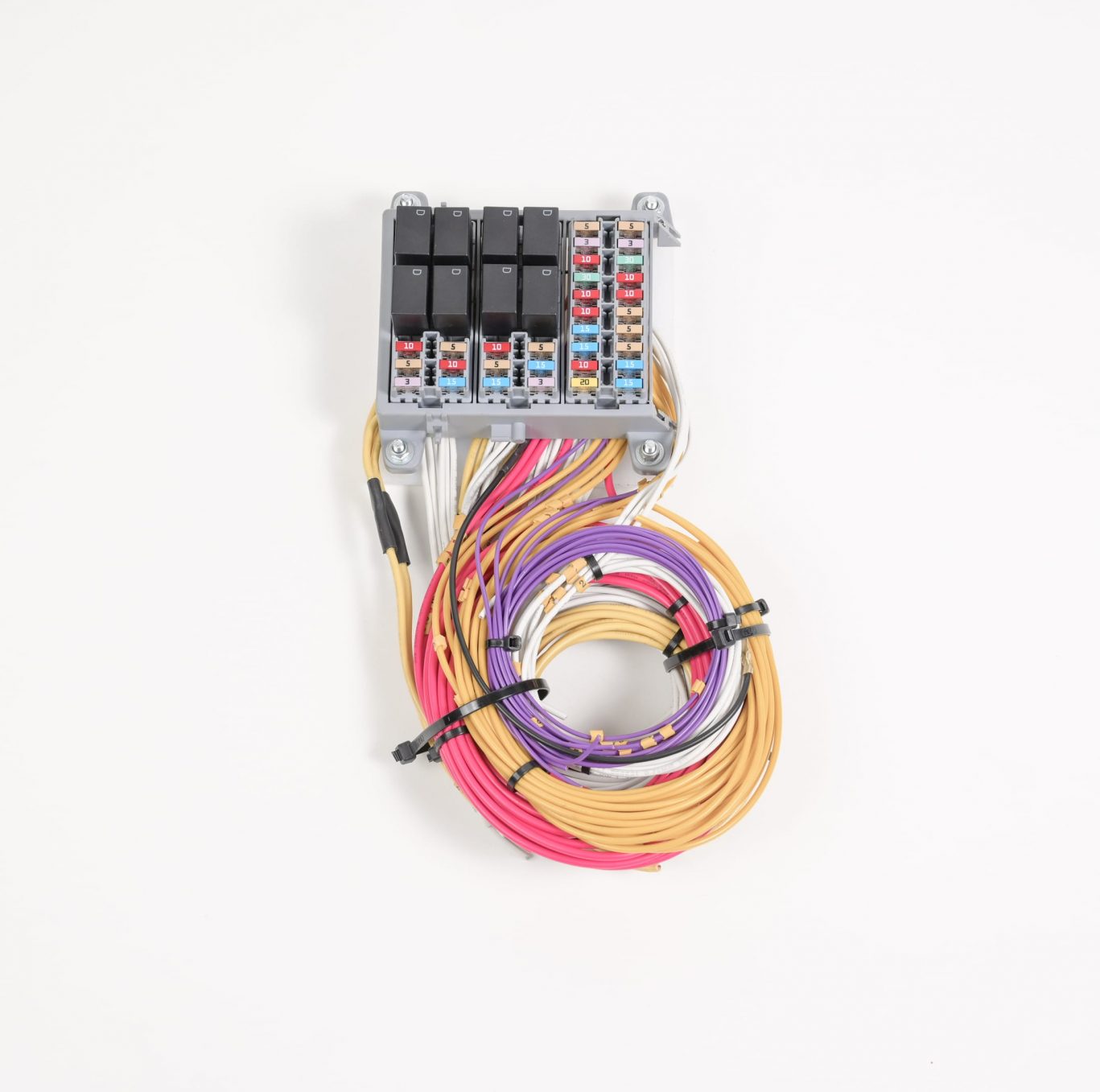 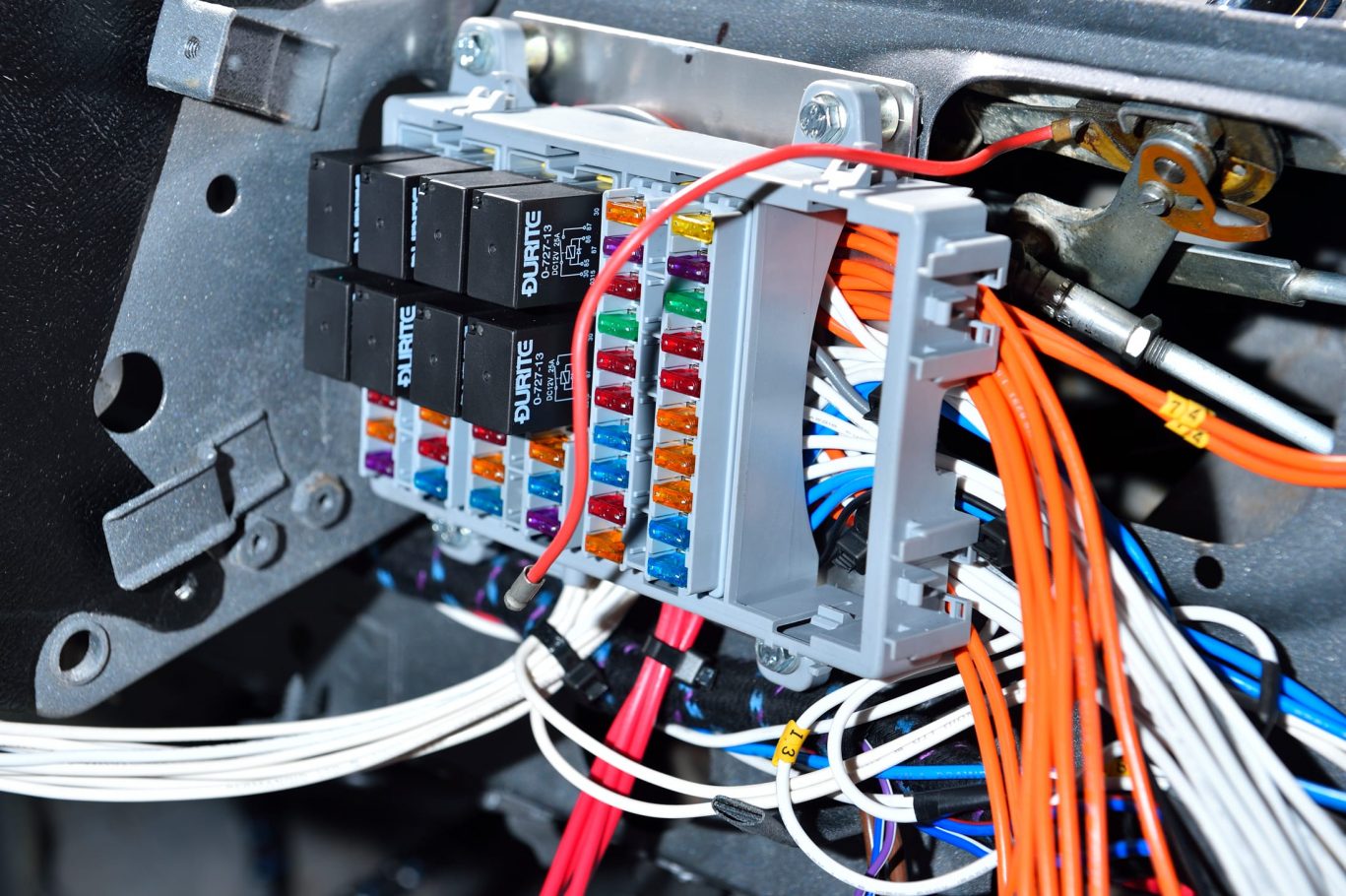 Older cars were originally developed using a minimal amount of fuses so any one fuse controls a whole series of devices within the car; when this fuse blows it takes out a number of circuits and often renders the car inoperable. Most of the existing glass fuses are rated at 35 amps and there are large sections of the wiring loom which are not capable of carrying this current, so there is significant risk that cables could melt before fuses have blown.

At Clayton Classics we have developed a fuse board system which is capable of protecting each circuit individually, much like modern cars.

Our replacement fuse board, initially designed for Jaguar E Types, is mounted in the same location as the original and protects all of the circuits individually. A series of relays control the ignition-fed systems within the car and protects the original ignition switch.

Similar protection can be provided on other vehicles using alternative mounting locations. 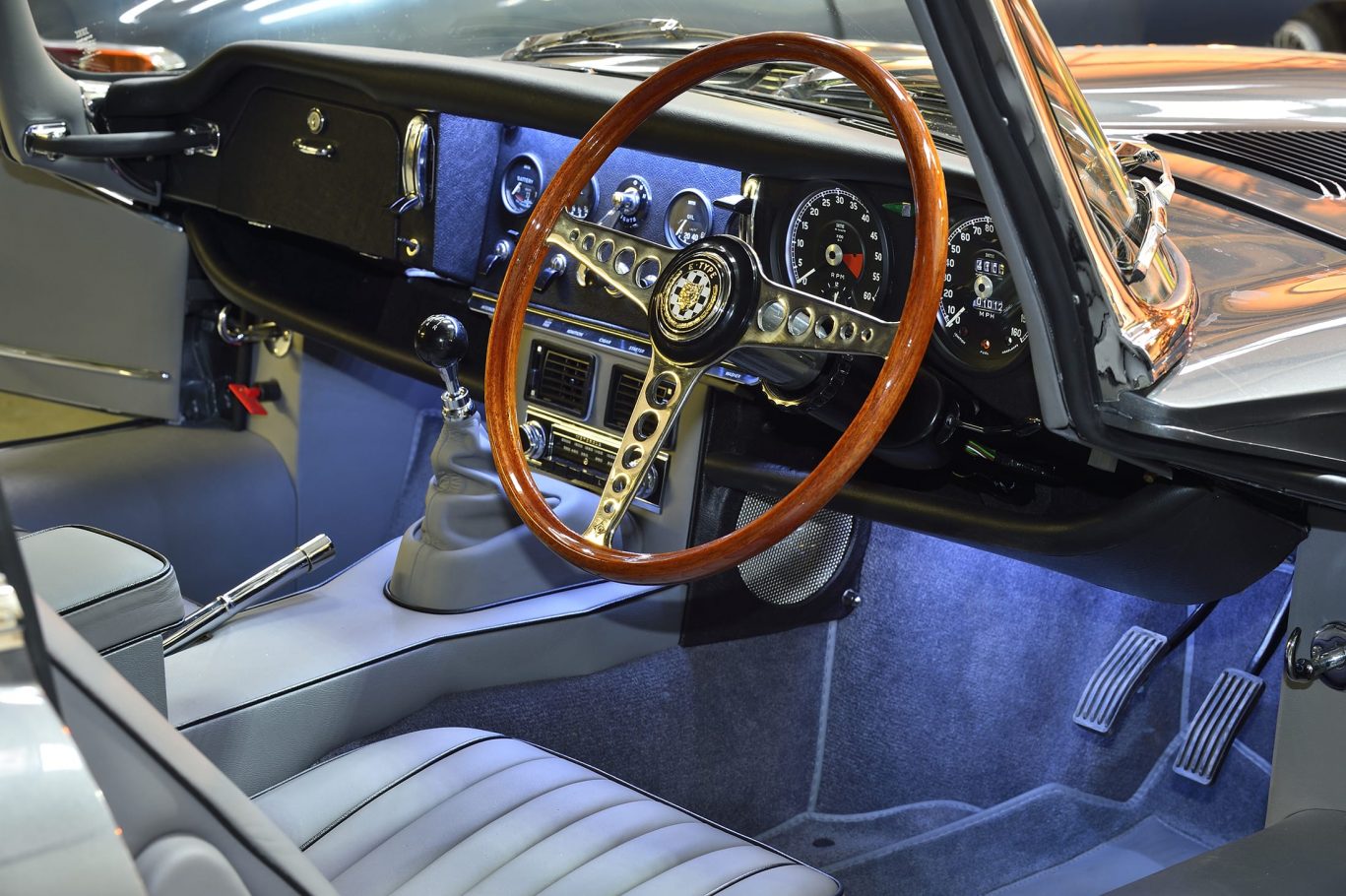 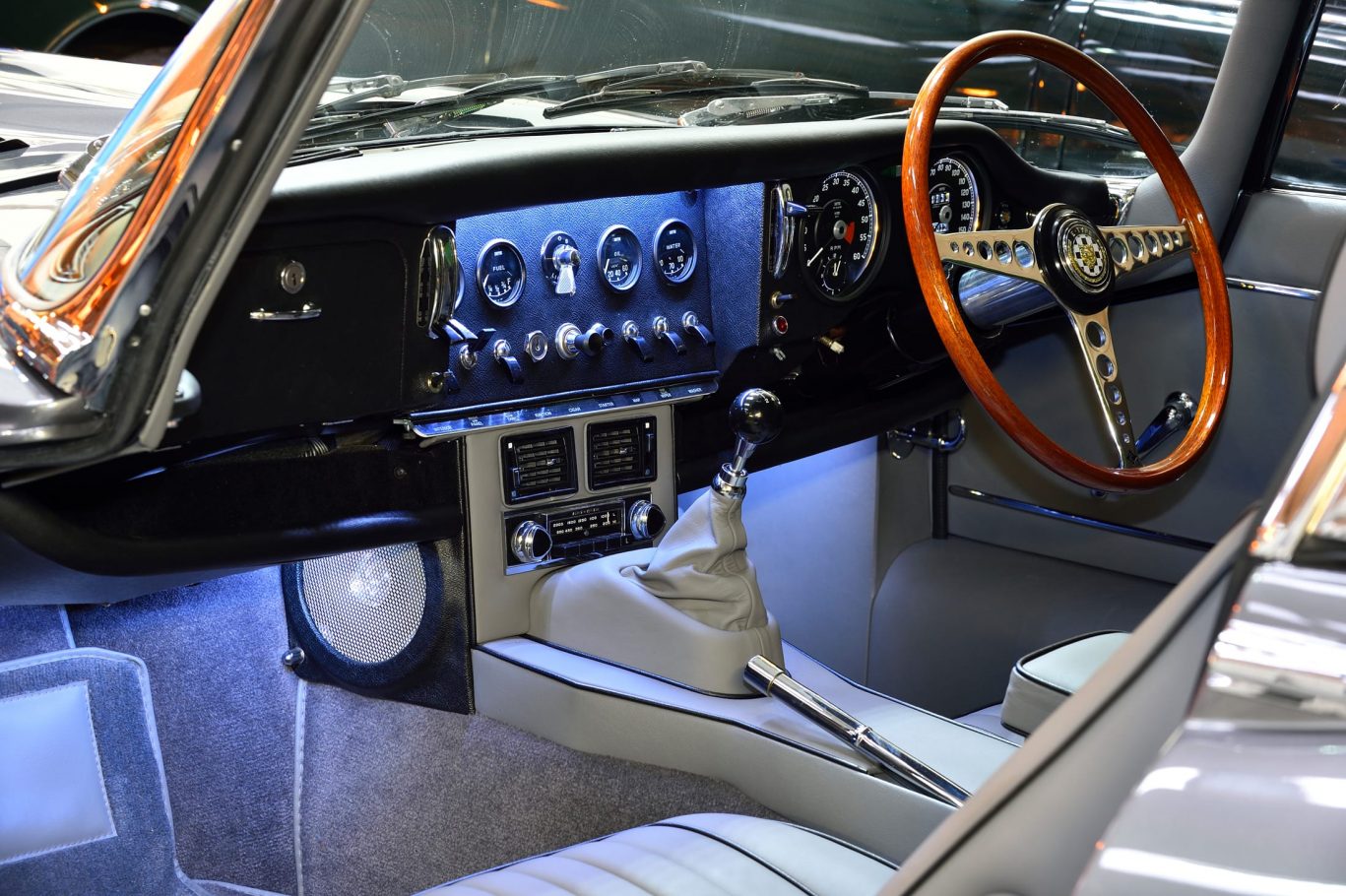 Interior lighting on classic cars is often a problem at night.  Clayton Classics developed an upgraded interior lighting system in response to customers who we were looking for modern levels of illumination to improve visibility and safety.

Originally designed for the Jaguar E Type, our LED lighting upgrade package includes additional footwell lighting, upgraded map light, and enhanced dashboards illumination with strips of LEDs fitted to each dial making them significantly easier to read in the dark.

This upgrade is now available for a range of other vehicles.

Menu
We use cookies on our website to give you the most relevant experience by remembering your preferences and repeat visits. By clicking “Accept All”, you consent to the use of ALL the cookies. However, you may visit "Cookie Settings" to provide a controlled consent.
Cookie SettingsAccept All
Manage consent

This website uses cookies to improve your experience while you navigate through the website. Out of these, the cookies that are categorized as necessary are stored on your browser as they are essential for the working of basic functionalities of the website. We also use third-party cookies that help us analyze and understand how you use this website. These cookies will be stored in your browser only with your consent. You also have the option to opt-out of these cookies. But opting out of some of these cookies may affect your browsing experience.
Necessary Always Enabled
Necessary cookies are absolutely essential for the website to function properly. These cookies ensure basic functionalities and security features of the website, anonymously.
Functional
Functional cookies help to perform certain functionalities like sharing the content of the website on social media platforms, collect feedbacks, and other third-party features.
Performance
Performance cookies are used to understand and analyze the key performance indexes of the website which helps in delivering a better user experience for the visitors.
Analytics
Analytical cookies are used to understand how visitors interact with the website. These cookies help provide information on metrics the number of visitors, bounce rate, traffic source, etc.
Advertisement
Advertisement cookies are used to provide visitors with relevant ads and marketing campaigns. These cookies track visitors across websites and collect information to provide customized ads.
Others
Other uncategorized cookies are those that are being analyzed and have not been classified into a category as yet.
SAVE & ACCEPT